We’re used to web addresses having familiar endings, such as .co.uk and .com. But things are set to change...

In more recent years, alternative endings such as .biz and .me were introduced and, coupled with the huge range of country-specific endings such as .fr (France), .es (Spain) and .de (Germany), there’s a wide choice available to any prospective domain name purchaser.

However, people’s familiarity with .co.uk and .com is such that many of the more recent alternatives never really took hold. Few businesses use .biz for their main website address and as for .uk.com – well, it just confuses folks!

Recently, the Internet authority that overseas domain names offered organisations a chance to apply for their own style ending. Applications cost over £100,000 each and some notable organisations got involved.

The BBC applied for .bbc and Google wants .google and .youtube, amongst others. Amazon applied for .music, but so did several other organisations.

However, this was not as contested as .app, for which there were applications from 13 different organisations.

What does this mean for me?

Unless your organisation can justify £100,000 on its own domain name application, perhaps the excitement of these new-style endings is felt only by marketing departments at large, multi-national businesses.

While we’re bound to see new web addresses for successful applicants in due course, it’s not clear exactly how they’ll choose to make these work.

When you visit a website, your instinct is to type in the name of the organisation followed either by .com or .co.uk: if the new-style endings are brand names, surely you won’t have to enter google.google or bbc.bbc to reach these websites?

What’s also unclear is whether there’ll be an opportunity for you to apply for a domain name in the new style. Will the owner of .music, for example, allow bands to register their own .music address? If you create a mobile app, can you have a .app address to go with it?

For the foreseeable future, the familiar .co.uk and .com endings will retain their stronghold over web addresses. Similarly, public sector organisations will continue with .nhs.uk and .gov.uk endings.

But the large conglomerates have not spent hundreds of thousands of pounds on new-style endings without intending to use them, so web addresses that end .google and .youtube are going to enter the public domain at some point! 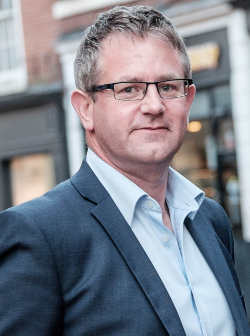 This article was written in February 2014 by Jeremy Flight, Technical Director at Rubiqa.